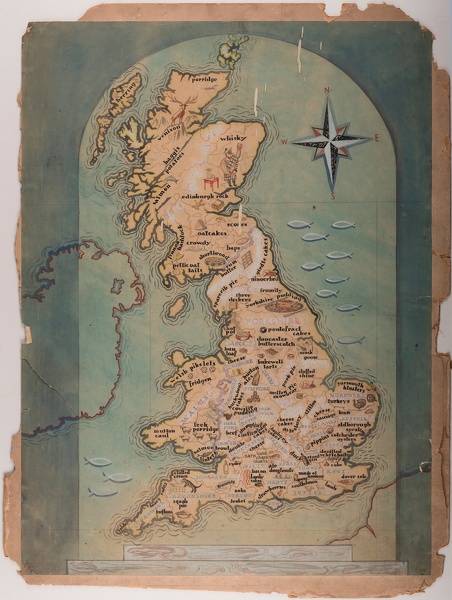 As well as this glass map, which was broken in transit, Adshead painted a  mural for the British Pavilion at the Paris International Exhibition of 1937.  The map shows over fifty traditional  culinary specialities from  different parts of Britain.

Edward VIII wished to marry American Wallis Simpson. Prime Minister Stanley Baldwin advised him that the British people would not accept her because she was a divorcee. Faced with losing the woman he loved, Edward chose instead to abdicate. On 11 December, he broadcast his decision to the nation. He married Wallace Simpson in France in June 1937. They became the Duke and Duchess of Windsor.