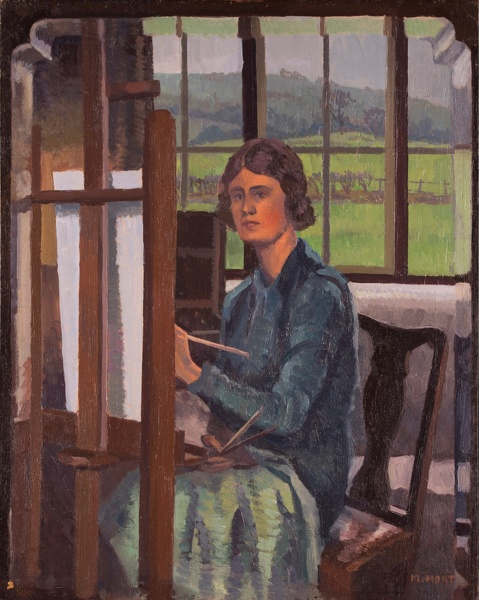 Having trained in Manchester and London Mort moved to Cornwall in 1938 until the outbreak of War, when she went to Stockport to teach.  This self-portrait, aged 34, is likely to have been under taken shortly before leaving Cornwall, and according to the address on the reverse was probably painted in her studio at The Willows, Cornwall Terrace, Penzance.  She is also recorded as having lived before the war  at Keigwin Place in Mousehole.  After the war she returned to Cornwall and established, with Eric Hiller and Charles Breaker the Newlyn Holiday Sketching Group.