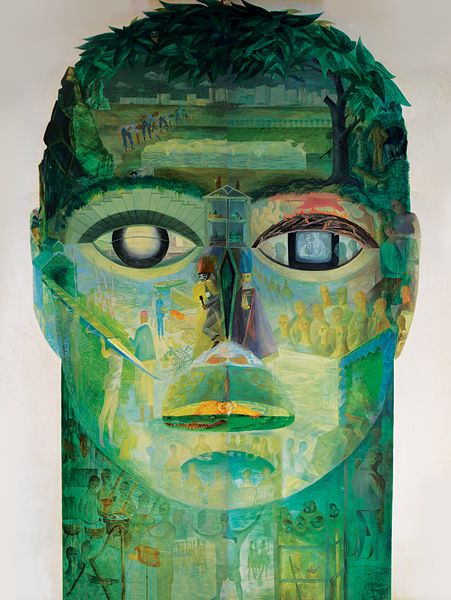 
Mural based on the theme  - Man at Work - a century of technical and social progress for the International Labour Exhibition, Central Office of Information, Turin, Italy, 1961
Two panels, oil on board

Provenance: with the artist until 1978; thereafter in her studio with her assistant Tony Raymond. 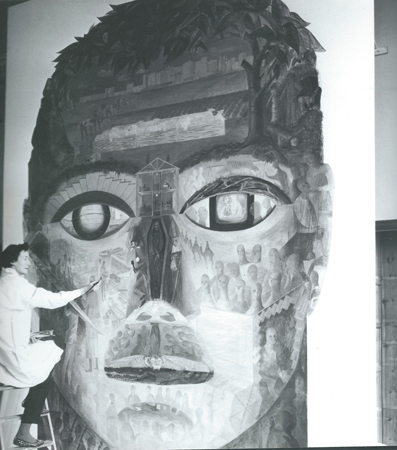 'The two most impressive murals Barbara Jones produced were of gigantic heads, the first commissioned by the Central Office of Information for an International Labour Office exhibition in Turin celebrating the centenary of the Italian State (1961), the other for Philips Research Laboratory in Eindhoven (1966). These were not only striking because of their size but because of the way Jones chose to interpret her briefs. The Philips mural, entitled Man and his Senses, is a relatively straightforward strong image, with enlargened fingertips, mouth, nose, eyes and ears filled with patterned neurons and synapses, only weakened by the somewhat sentimental placing of a rose outside the head.

The Turin head is altogether more problematic carrying numerous ghostly figures not easily discerned at a distance. The theme was 'Man at Work'; a century of technical and social progress - with which Barbara seems to have been at her most capricious. A very close inspection shows that at least some of the figures have at least a tenuous connection to the title  a board meeting, some agricultural scenes, coal miners with lamps and canaries, and, in the right ear of the head, a dentist with his patient! However, these few scenes are completely overwhelmed by a plethora of Jones's preferred subjects - a coffin, two couples embracing, a skeleton, a tiger atop a crocodile, and, her very favourite - an owl.

It is not surprising then that Barbara declared the Turin head the work of which she was most proud, and she went to considerable lengths and expense to buy it back and to return it to her studio, where it remains, her only extant mural of any note. The work epitomizes her approach to mural commissions, which can only be described as that of a maverick. She was sufficiently competent, charming and astute to attract commissions, and to know when, and how far, to compromise with briefs, but would seize any possibility to slip in her own quirky obsessions. 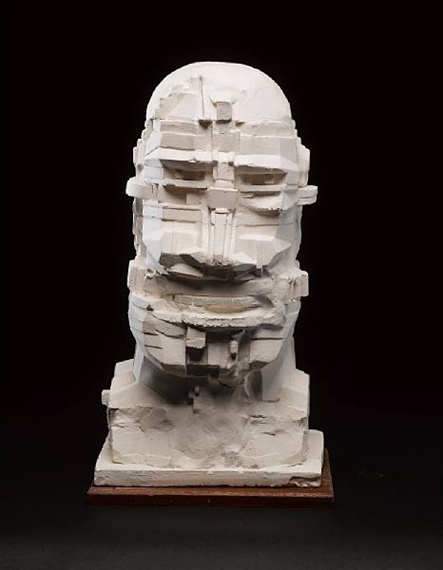 (Paolozzi contributed a bronze relief , shown at the enterance of the Applied Science Department at the same exhibition).