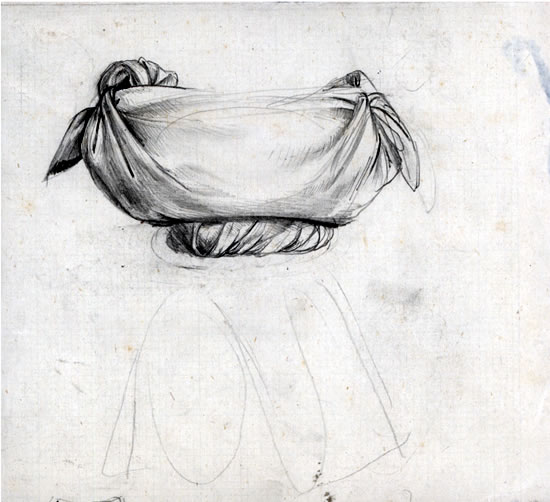 This is a study for The Legend of Ceres which Newland was working in on the late 1940's, having gained a Rome/ Abbey Major Scholarship a decade earlier which allowed her to complete a course of study at The British School in Rome. Prior to that she had trained at the Byam Shaw School, (1936-39, under Ernest Jackson). During World War II she was involved in camouflage, then taught in Scotland. She signed her work, which was mainly large, decorative canvases. A.N. She was influenced especially by the work of Andrea Mantegna. She showed at the RA, RSA and elsewhere.