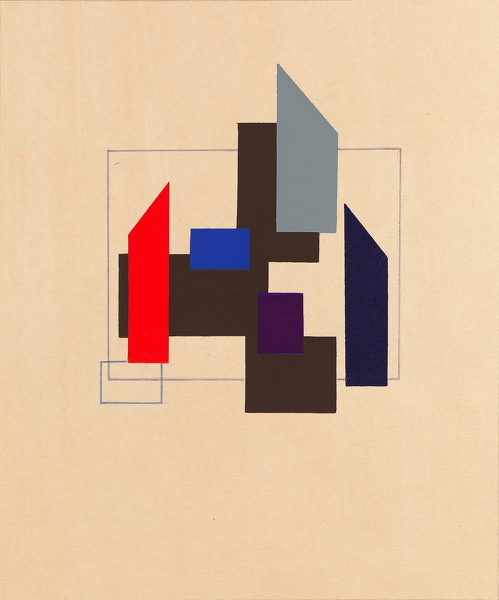 Issue in an edition of 14

Guthrie was one of the most gifted silk screen print makers of her generation.   In what might be seen as a posthumous collaboration, either shortly before or after the death of her husband Cecil Stephenson, she  reproduced, as silk screens, three of Stephensons iconic Abstracts from 1936, 1937 and 1938.  Inspired by this experiment Guthrie embarked,  in the  late 1960's,  on her Camelot prints, a series of bold hard edged abstract designs with  pure fields of colour, often using daring combinations.

Stephenson made his first abstract paintings around 1932. In 1934 he exhibited with the 7 & 5 Society, along with Ben and Winifred Nicholson, Ivon Hitchens, Henry Moore, Barbara Hepworth and John Piper.  Though not today as well known as many of his contemporaries he was one of the key figures in the development of abstract art in Britain.  Indeed Herbert Reed noted that Stephenson 'was one of the earliest artists in this country to develop a completely abstract style' and credited him with being  the father figure of the 'gentle nest of artists' (Ben and Winifred Nicholson, Barbara Hepworth and Henry Moore) who occupied the Mall Studio's in Hampstead.  At the beginning of WW2 Calder and Mondrian counted amongst his friends and were frequent visitors to The Mall Studios. 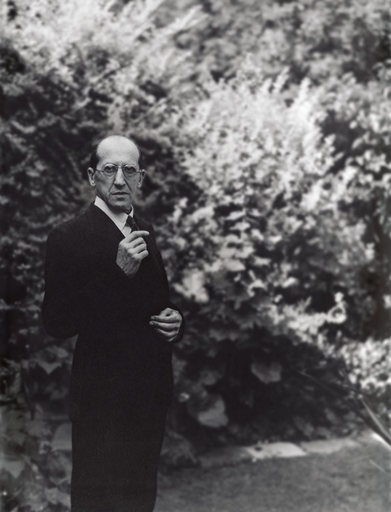 Piet Mondrian photographed in a Hampstead garden by John Cecil Stephenson 1939
Estate of John Cecil Stephenson/Tate Archive
During World War Two, as preparation for larger works (materials being in short supply), Stephenson worked on a series of small studies in oil on card. They were stimulated by the devastation resulting from the bombing of London (also recorded figuratively by Stephenson during this period).  In the following decade some  of the designs were later realized as larger oils.