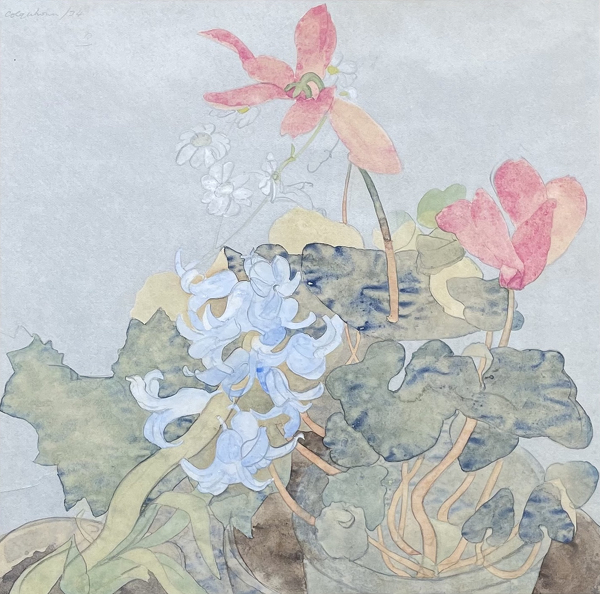 This early watercolour by Ithell Colquhoun precedes her first solo exhibition of Exotic Plant Decorations at the Fine Art Society in 1936. Amy Hale has noted that it is through these detailed botanical studies that one can trace her stylistic slide into Surrealism. Indeed, Colquhoun herself remarked that the influence of Dali and Surrealism prophetically ‘took root’ in these studies, for while she was in Paris as early as 1931, the movement would not truly resonate until after she had attended the London International Surrealism Exhibition at the New Burlington Galleries in June, 1936.

Flowers were a recurring subject of Colquhoun’s art. They are often painted in a crisp, technical manner, while likely imbued with some symbolic hidden meaning, given Colquhoun’s interest in Occultism and esoteric theories. According to Michel Remy, these early flower paintings not only indicate Colquhoun’s fascination for elaborate shapes, but ‘hint at the fantastical worlds inaccessible to rational man.’