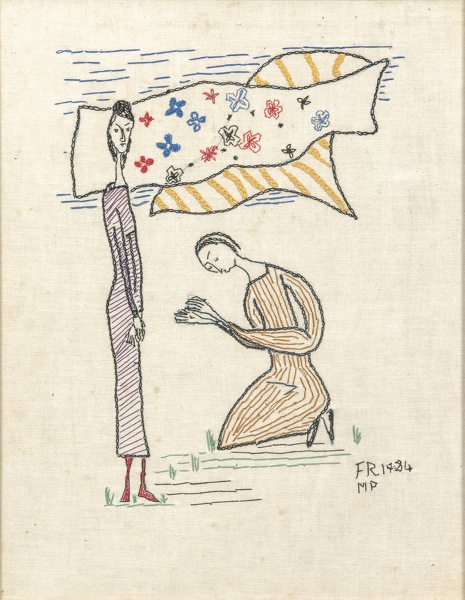 Hover over the painting to magnify (there may be an initial delay while the magnified image is loaded)
£3,500
Free shipping
Enquire
Add to cart

Signed with initials, and dated

Frances Richards initially attended the Burslem School of Art 1920-1924, and later became a pottery designer at the Paragon China Company. From 1928-1939 Richards worked as a teacher in the textile department at the Camberwell School of Art and throughout her life she experimented with embroidery amongst other mediums

Margaret  Pond (1920-1990) and Frances Richards were friends and collaborated together on embroidery projects.