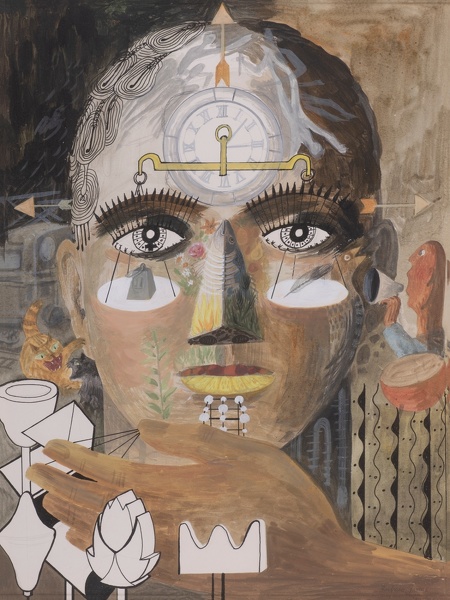 Ruth Artmonsky writes that 'the two most impressive murals Barbara Jones produced were of gigantic heads, the first commissioned by the Central Office of Information for an International Labour Office exhibition in Turin celebrating the centenary of the Italian State (1961), the other for Philips Research Laboratory in Eindhoven (1966). These were not only striking because of their size but because of the way Jones chose to interpret her briefs. The Philips mural, entitled Man and his Senses, is a relatively straightforward strong image, with enlargened fingertips, mouth, nose, eyes and ears filled with patterned neurons and synapses.' 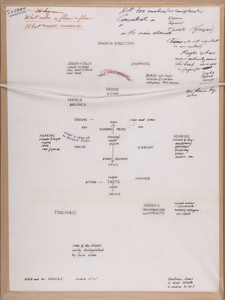